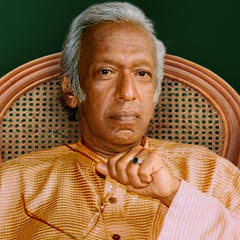 Anuradha Seneviratna was born in the village of Eriyagama near Kandy Ceylon, present day Sri Lanka, on July 13th 1938.  His Father was a school teacher and instilled in his son from an early age a respect for learning and scholarship.

His father planned an exacting programme of studies for his son based on the traditional system of classical language training. Early morning study sessions before going to school were part of the academic programme laid out by his father.

These sessions consisted of reciting and remembering not only important poems and passages in Sinhala, but even entire books in Sinhala and important shlokas from the Sanskrit classics. Reflecting on his early childhood Anuradha Senevirathna has said that he had a dull childhood, due to his father’s insistence on so much academic work from so young age. He was not even permitted to play with the other village children, and he says that he cannot remember his father buying him even a single toy during his entire childhood.

From the age of four he studied Sinhala in his village school at the same time, under his father’s instructions; he attended classes at the village temple where he studied Sinhala, Pali, Sanskrit and Tamil. It is indicative of the eclectic attitude of that age that these languages were consisted to be the absolute minimum requirement for any educated person, let alone a prospectively classics scholar.

The early inspiration for continuing his studies in Sinhala, Pali, and Sanskrit was introduced by his father taking him to meet Prof. G.P. Malalasekara, the foremost Pali and Buddhist scholar in Ceylon at that time, and Anuradha Seneviratna received his academic ‘abhisheka’ from this distinguished scholar in the form of an exhortation to seriously take up the study of Pali. His father also took him to meet the leading monk-scholar in Ceylon, Ven. Parawahera Vajiranana Mahathera who was the first Buddhist monk from Ceylon to be awarded a Ph.D. at Cambridge University in England for his work on the psychology of Buddhist meditation in 1936, published as ‘Buddhist Meditation’ in 1962. Other major influences on his academic career were the works of two of the most well known scholars of their time. Max Muller with his work on vedic and Sanskrit texts was especially important for any serious student of Indian literature and S. Radhakrishnan with his pioneering works on Indian philosophy giving proof of the influence of Upanishadic teachings on the Buddha. Prof. S. Paranavitana, former Archaeological Commissioner and reputed scholar in Sri Lanka was also a great source of support and inspiration during this time.

At the age of eleven he was sent to the leading Buddhist school in the province, Dharmaraja College in Kandy, witch was regarded as the leading Buddhist school in the entire Central Province. Here he studied Pali, Sanskrit, Sinhala and History.This was an English medium college and the young Seneviratna now had to study and master English as part of his basic curriculum. The curriculum here also included science subjects, but his father withdrew him from the science stream at the age of 14 and ensured that his principle subjects of study were Sinhala, Pali and Sanskrit. He passed his Senior School Certificate Examinations in the English medium with a first division.

At the age of fifteen his father fell ill and this left the family lacking the money to support his studies. During this period he began to give private tuition to earn money to support him and continue his studies. Then he studied for and passed four GCE A levels, University of London in Sinhala, Pali, Sanskrit and Indian History in order to be able to teach in a government school and to further his undergraduate studies.

In 1961 his first book was published on the Upanisads and their influence on the Buddha and his teachings. This stired up a considerable controversy, as Ven. A.P. Buddhadatta Mahathera and other leading Buddhist scholars criticized some of the assertions of the book, and a flurry of newspaper articles followed in which a heated debate was carried on by these scholars. Prof. Seneviratna now looks back with amusement on this David and Goliath situation, he was but a young up and coming scholar and he had to point this out to his critics, along with an apology for any unintended errors or inaccurate assertions in his work.

In 1963 he married Ms. Irangani Kumarihami Niyarepola, a teacher of Dance at a leading ladies college in Kandy.

In 1965 he completed his BA degree at the University of Ceylon (Peradeniya) where he majored in Sinhala, with Pali and Archaeology as secondary subjects. His mentor and guide at this time was Prof. D.E. Hattiaratchi, Professor of Sinhala and Dean of the Faculty of Oriental Studies at Peradeniya University, Kandy.

1994 : He was conferred the National Award 'Kalakirti' by the Government of Sri lanka.

1997-1998: Senior Professor and Head of Department of Sinhala at University of Peradeniya, Kandy.

2004 Retired from the University.

He won several academic distinctions during his career :

1998-2000 : Visiting Fellow in Sinhala, Pali and Theravada Buddhism at the School of Oriental and African Studies, University of London. During this period Prof. Seneviratna, as well as teaching the three subjects that he had been appointed to teach, gave a number of special lectures at the request of the South Asia department. In November 1999 he gave a lecture of Sinhala Tamil cultural relations in Sri Lanka South Asia department. At the invitation of the Department of the Languages and Cultures of South Asia he taught a course on Sri Lankan Culture and Civilization. This was particularly well attended by students from the Art and Archaeology Department as well as students of South Asian History in general. He was also invited by Asia House in London to deliver the first lecture of the millennium. This was entitled ‘The Royal Parasol and the Saffron Robe’ and dealt with the relationship between the Sinhalese monarchy and the Buddhist Samgha in Sri Lanka. Entitled ‘The Lions and the Tigers’. He also acted as examiner on the Tamil language programme of the University of London.

He has traveled widely throughout the word attending international seminars and conferences and submitted scholarly papers. He was also fortunate to associate several Presidents and Prime Ministers in the country and make his national contribution toward development.

Prof. Seneviratna is the author of 70 books in Sinhala and English, covering topics from Sinhala literature and language, to archaeology and historical studies. He is also the author of more than 200 journal articles covering an equally encyclopedic area. He has traveled widely to conduct lectures and seminars. As a recognition of his outstanding contribution to the field of educational and cultural activities the government of Sri Lanka conferred on him the National Honours in 1994, and the Malwatu Mahavihara in Kandy, the most important Buddhist monastery in Sri Lanka, similarly conferred on him an honourary degree “Dharma Shastra Visharada Kirti Sri” in 1997 in recognition of his contribution to educational and Buddhism. Looking back on his career Prof. Seneviratne feels grateful to Prof. D.E. Hettiaratchi and Prof. S. Paranavitana for their valuable help and guidance in assisting him to reach his current position in Life.

He has won the State Literary Award thrice for his books. He was also the Chairman of the Sri Lanka Art Council and a member of the advisory board of the Archeological Survey department of Sri Lanka.

The Central Provincial Council at a public reception held in Kandy in the year 2007 honored him for his services rendered to the country over the last fifty years. Similarly the Kandy Municipal Council unanimously named a road at Katugastota , Kandy after him. These event are very rare occurrences in the life of a living intellectual and a writer of our times 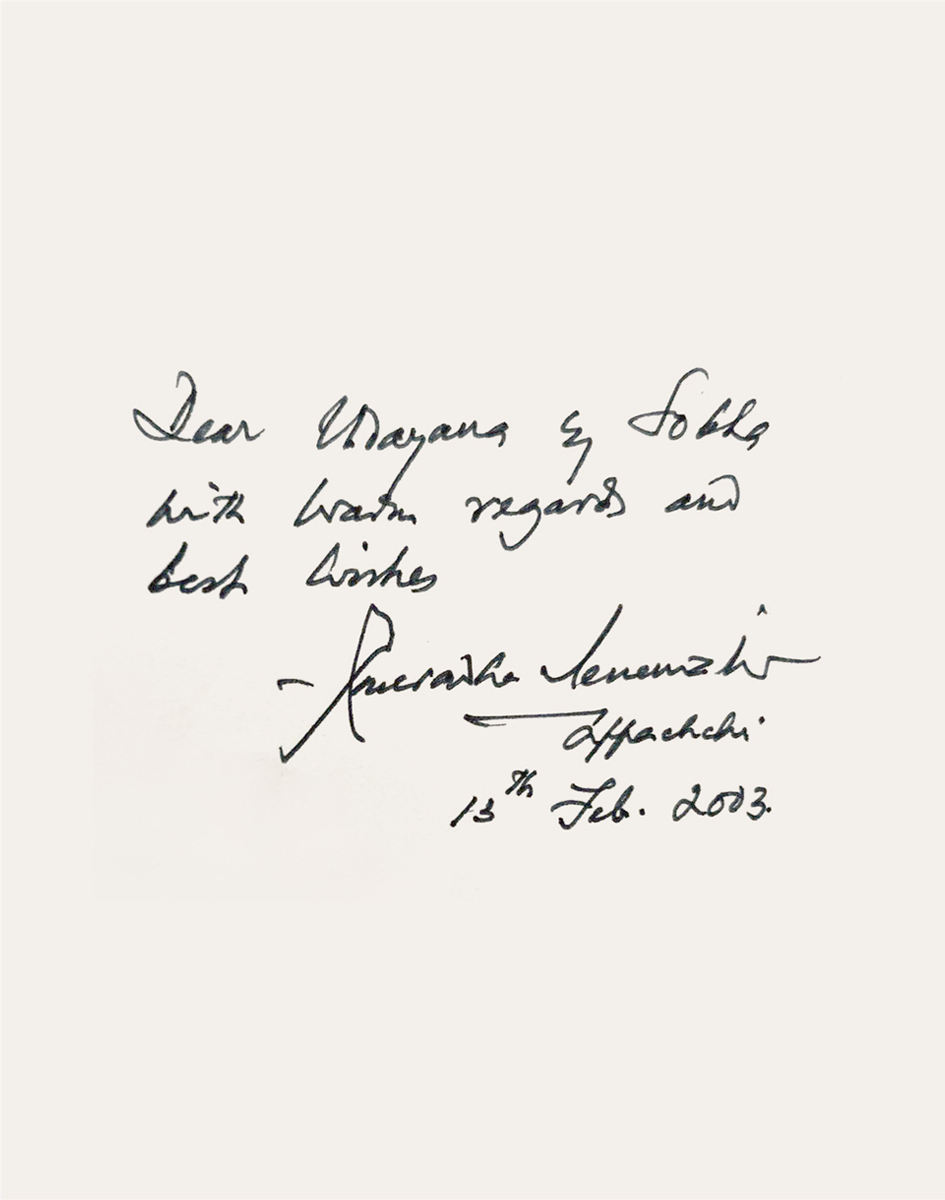 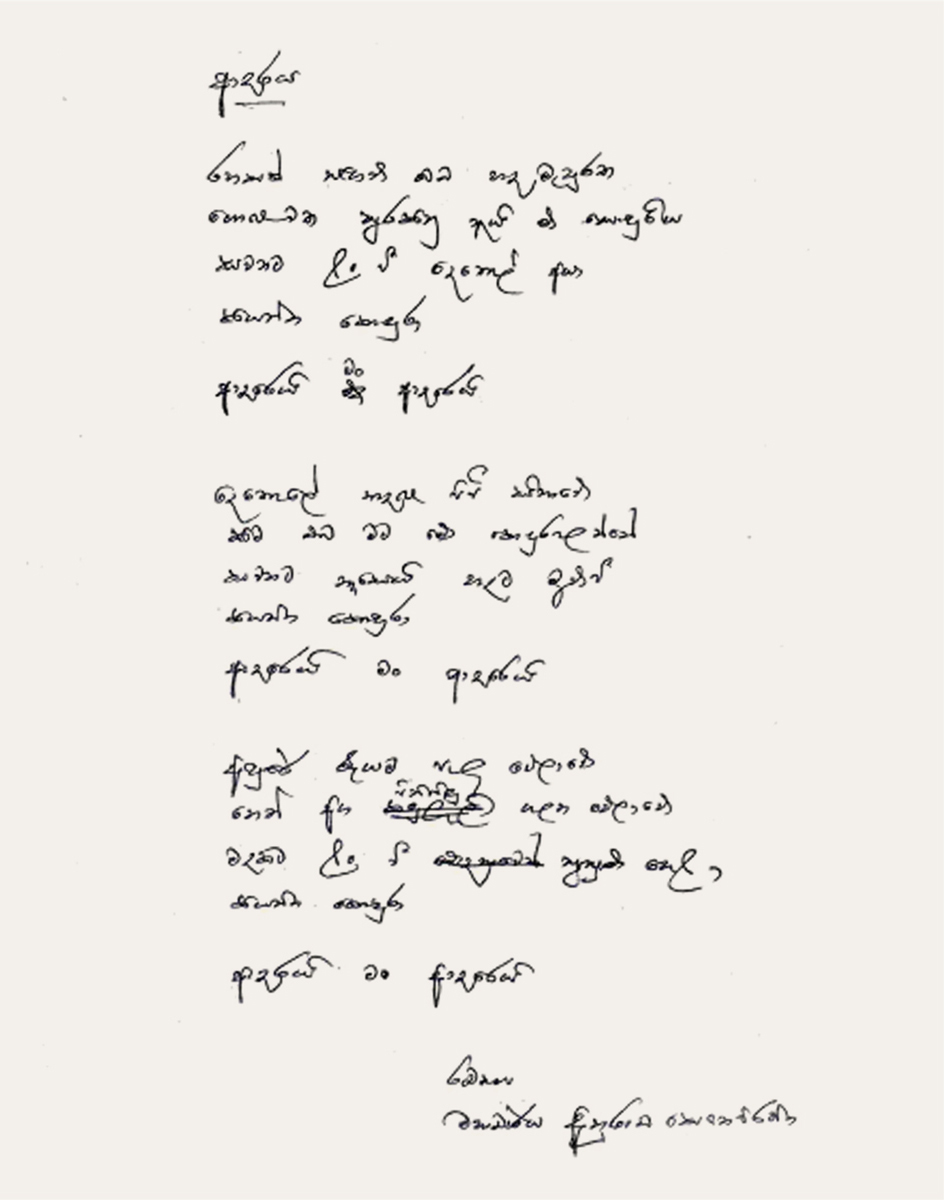